Finning Power Systems (Finning) and BAE Systems, supported by WEMEC Ltd are more than halfway through a six-year project to refit eight Royal Navy Hunt Class minehunters with new engines, hydraulic systems and control and monitoring system tailored to deal with the unique electromagnetic challenges posed by their role.

Finning has also signed a new contract to design and develop the salvage generators to replace each of the ships’ current Rover gas turbine, which are used to provide the vessels with emergency power. Once the initial phase has been completed by the end of May, it is planned that Finning will sign an exclusive deal to manufacture, test and commission the replacement salvage generators. The MoD has already procured the CAT C4.4 diesel generators that are currently in storage at Finning’s workshop in Cannock, under an additional contract to preserve and maintain.

Four of the eight vessels in the Hunt Class, the HMS Chiddingfold, HMS Middleton, HMS Hurworth and HMS Cattistock have already returned to active service after having their new engines installed. HMS Ledbury is currently undergoing setting to work and due to enter active service. The sixth ship set has already been delivered, while shipsets seven and eight have undergone their Factory Acceptance Test and are currently in Cannock Prep being built ready for pre-delivery inspection with delivery due shortly.

Each of the ships has been fitted with a set of twin Cat C32 ACERT engines coupled to twin-disc gearboxes. The new engine sets reduce the vessel’s fuel demands significantly compared to the legacy engines they are replacing, while the HMS Chiddingfold has reported a four-fold increase in reliability since its refit was completed.

The engines aren’t just designed to be efficient and reliable; they have also needed to be engineered with an extremely challenging set of technical requirements in mind.

Designed for minehunting and patrol missions, the Hunt Class represents the Royal Navy’s biggest single-hulled warships to be made of glass-reinforced plastic (GRP). The GRP hull allows the ship to maintain a low magnetic signature, which is an essential part of keeping it safe from mines able to detect and target conventional metallic hulls. However, this design offers limited protection from any radiated emissions.

This means the engines being installed as part of the repower project need to be carefully designed to produce a very low electromagnetic field so they don’t interfere with any electronic systems, whether they are on the ship or on those nearby. Likewise, the engines also need to be protected from incoming emissions generated by radar and emissions from other vessels.

The Finning package supplied to the ships was engineered to incorporate as many electromagnetic compatibility (EMC) best practices as possible, lead by WEMEC, to minimise EMC emissions and limit its susceptibility to outside emissions. These modifications included bespoke-designed local operating panel and control boxes. Special stainless steel components, including the engine baseframe, control boxes, support brackets have been developed and installed to minimise magnetic signature. Finning is currently under discussion with BAE Systems, QuinetiQ and DE&S to install a degaussing system designed by QuinetiQ and Babcock International, this will neutralise the magnetic signature of the standard commercial off-the-shelf CAT C32 engine, gearbox and ancillaries.

The engine design underwent intense EMC testing under conditions designed to replicate minesweeping operations before being installed. The propulsion system was set to troll mode with the engine speed running at 900 rpm, power demand levels (PDLs) set to forward 5 per cent and swash applied to the bow thruster.

The system was then radiated with a range of frequencies at various power levels. The engine’s behavior was monitored throughout the test and the analysis was used to help Finning and WEMEC develop design modifications that limited the risk of interference. All of the ships in the Hunt Class are due to have their upgrades complete by the end of 2018.

BAE Systems, which is carrying out the refits, is currently in negotiation with DE&S to sign a new contract to replace each of the ships’ salvage generators with CAT C4.4 generator sets supplied by Finning, with support from WEMEC to ensure a robust solution is delivered.

These are emergency generators that provide the ship with emergency power in the event that all other power sources fail. They are configured to keep all essential systems online, including steering, radar, degaussing and control and monitoring.

In order to ensure that the generators keep operating no matter what happens to the ship they are located in a purpose-built, weatherproof enclosure just behind the bridge. The bespoke design is set to go through the same EMC testing, shock qualification, noise and vibration as well as low magnetic signature procedures as the main engines, with electrical & EMC design support provided by WEMEC, who are specialists in this area as well as facilitating the testing for the Salvage Generator.

WEMEC are contracted to support Finning for the Electrical integration along with the certification required to meet contractual and legislative obligations including the Low Voltage Directive (LVD) 2013/30/EU and EMC design in accordance with Def Stan 59-411 and IEC 60533 as well as MoD/Royal Navy policies relating to EMC, Environmental and electrical engineering and safety.

Finning is the sole supplier of Caterpillar equipment in the UK and Ireland. The company delivers the power solutions required by a diverse range of markets and applications including electric power generation, industrial OEMs, commercial and leisure marine, oil and gas, off the shelf generators and service and support.

With trained specialists located across the UK and Ireland, the company can meet a wide variety of requirements, from high volume repeat orders to custom-built one-off packages and   complete turnkey project installations, all backed up by a large and highly experienced service team offering 24 hour remote monitoring. 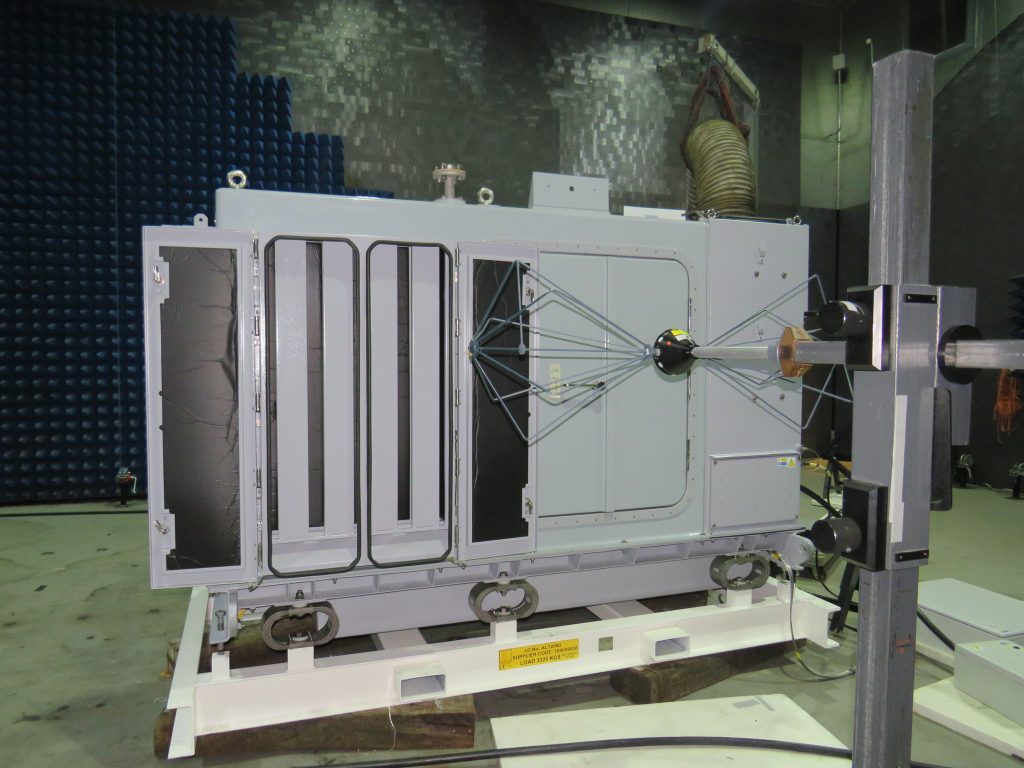